District of the Day: Senate District 32, House Districts 63 and 64

District of the Day: Senate District 32, House Districts 63 and 64 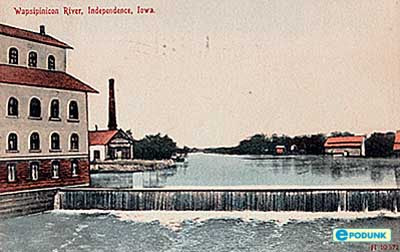 Schoenjahn was first elected in 2004 with 53% in an open seat race when two term Republican Kitty Rehberg stepped down. He scored an easy 2008 re-elect with 63%.

About two thirds of the old district was two whole counties that met only at a corner: Clayton and Buchanan. The remaining third of the population was made up of what looked like leftover pieces: Black Hawk east of Waterloo, Delaware north of Manchester, and southern and eastern Fayette outside of Oelwein and West Union. That included Schoenjahn's Arlington home.

The new district shifts west, entirely out of Clayton and Delaware. Schoenjahn instead picks up all of Bremer County. Most of Buchanan remains, except four townships and the city of Rowley. Hekeeps parts of Fayette and Black Hawk but the lines change significantly. The Fayette County lines move south and west to add Oelwein, removing Waudena, Fayette and Elgin. In Black Hawk, the district loses the southeast corner around La Porte City. The new line follows the Cedar Falls, Waterloo and Raymond city limits, with everything north and east going to Schoenjahn.

Schoenjahn's old district 12 had a more comfortable Democratic registration edge of 1,269 and the changes drop that margin to 369. Some of the new turf on the west belonged to Bill Dix, who's now paired up in Senate 25 with Rob Bacon. The Dix family farm is reportedly in this seat; does Dix move in and let Bacon hold over in Senate 25? (This would also put Dix back in the 1st CD if the congressional bug bites again.)

Heckroth was targeted in a big, big way by the Republicans in 2010. Bill Dix, who had left the House 17 seat in 2006 to run unsuccessfully in the 1st District congressional primary, was on the comeback trail and was the top fundraiser in the state (outside of legislative leadership). That and the wave were too much for Heckroth, who lost 58-42.

But now it's Heckroth on the comeback trail. He's announced very early for a seat where an undivided Bremer County makes up 80% of the population. Almost all the north Black Hawk section was in the old seat, too. The only brand-new turf is the city of Dunkerton (the Senate lines wrapped around it) and a couple townships east of Waterloo. The district still has a GOP registration edge, but the numbers are better than the Senate seat (R + 3820) was.

One district west, Grandson Grassley lives close to the lines, and is paired up with fellow Republican Annette Sweeney. He had a lot of this turf, including Waverly, last decade. Grassley says he won't move, though that doesn't stop Tyler Mills at Des Moines Free Press from speculating about Grassley moving here. 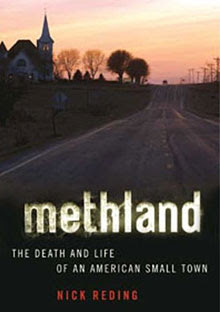 First elected in 2002, Rasmussen saw close races. He held on for a 499 vote win against the 2006 wave, then sat out a term after a 759 vote loss to Democrat Gene Ficken in 2008. In the high-profile, high-dollar -- broadcast TV ads in both Waterloo and Cedar Rapids -- 2010 rematch, Rasmussen prevailed by just 208 votes.

With that margin in mind, it's significant that Democrats gain about 200 registered voters
under the new lines. This makes Rasmussen a must-target for Democrats in 2012. Just to the north, Democrat Andrew Wenthe is in a pair-up with a fellow Democrat, Roger Thomas, in a district with a Republican edge. One option is Wenthe moving here, which overlaps quite a bit with his old seat.

Rasmussen keeps almost all of Buchanan County except four small rural townships and Rowley in the southeast. The old turf included southeastern Black Hawk, including LaPorte City and Gilbertville. All of Black Hawk is now gone. The new district goes north into southern Fayette County, taking in Oelwein, Arlington, Maynard, Westgate and Randalia. It stops south of Fayette and Wadena.