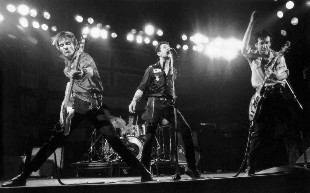 The Gazette headline gives me a bizarre vision of Joe Strummer's punky ghost debating Culver and Nussle... Strummer would be the clear winner in that exchange despite his untimely demise, but let's look at what really happened:

Chet have plan -- a lesson plan if he goes back to teaching.