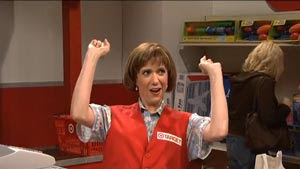 Iowa doesn't even have districts yet and we already have targets:

“Feeling the pain at the pump every time you fill up your tank?” says one of the calls. “Well, you should know that your congressman, Heath Shuler, is supporting policies that could raise gas prices even more.”

Add odd mix of mostly Blue Dogs and Iowans (or on Boswell's case, both). Interesting to see if the names in the calls match up to the current district lines or not...

Not to be outdone:


The Democratic Congressional Campaign Committee is launching a grass-roots attack and online "action center" targeting 10 House Republicans, the latest move in the DCCC's effort to flip 25 seats and win back the House majority in 2012.

"Did you know that Representative Paul Gosar is part of a majority of the Republicans in Washington pushing to cut seniors’ benefits in Social Security and Medicare?"

No Iowans on that list, or on a larger, Top 50 survey of Obama`08, House Republican `10districts by Democracy Corps:


These incumbents, identified by name, have an average approval rating of 35 percent across the 50 districts, with 25 percent disapproving. Another 38 percent were not able to give the candidates a rating, suggesting lack of visibility. This is about 10 points lower than the approval rating Democratic incumbents held in July of 2009 (with comparable disapproval rating).

Flipping half those seats would flip the House... Iowa's excluded because our blue 2008 districts were all held by the Dems in 2010; Latham's current turf is pure purple and King's is deep red. Still, Iowa in a remap year is always hard fought. We had tow toughcontests out of five in 1992: the Nussle-Nagle pair and Elaine Baxter vs. Jim Ross Lightfoot. In 2002 FOU out of five were serious in the general.
Posted by John at 3/23/2011 03:33:00 PM