What happens when you pass a law that's literally impossible to follow? Paul Pate is about to find out... but should have known better in the first place. Settle in for another long technical post.

Pate has been bragging about "listening" to auditors of both parties as tweaks are made to House File 516, the voter ID - oops, "integrity" (sic) - bill that's he's been the point man for all session. Of course, if he had really been listening to the auditors, he would have dropped the whole thing when they came out in opposition. But we're all grownups here so we know how this ball game is played.

Or do we? The grownups don't seem to be in charge at all, given some of the childish mistakes in the Senate bill.

Leaving aside the ideology behind the bill, two items are problematic and illustrate a serious lack of understanding of election administration. Even if Pate was not the driving force behind these amendments, he and his staff should have spotted the problems and gotten the items changed before Senate passage. One is just a nuisance but the other is impossible.

Smith's amendments change the way names are rotated on the ballot in general election partisan races. Under current law, auditors set one order for the parties which have candidates and stick with it across all precincts. The only contest in which names have to be rotated by precincts if you are electing and voting for more than one person - that is, at large supervisor races. In those you keep the order of parties but you rotate within the party like so:


The funny thing about the order of parties on the ballot is that it's one of the very, very few things done at the auditor's discretion. Which almost always means that the auditor's own party goes first - except in Johnson County in 2012 when out of spite lame duck auditor Tom Slockett listed the Republicans first after he lost the Democratic primary.

The Senate-passed version of the bill takes away that discretion. Instead it requires that the two largest parties rotate by precinct: If Republicans are first in precinct 1, Democrats are first in precinct 2. This leaves the Libertarians, who worked hard for decades for the full major party status they finally earned in 2016, still lumped in with the small fry. 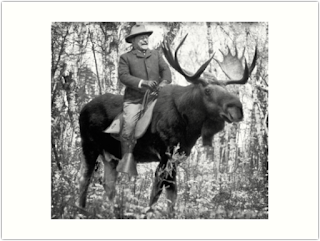 The small fry are also required to rotate by precinct. So if the Anti-Masonic Party is first in precinct 1, they drop to the bottom in precinct 2, and the Bull Moose, Federalists, Know Nothings and Whigs each move up a notch.

Maybe you think that's more fair (I'm sure the Libertarians don't); like I keep saying, I've never been convinced ballot order makes a difference. Personally I think it's spite-motivated because the largest counties all have Democratic auditors. But that's not the point. Here's the point:

At least two of the state's four election software systems cannot program a ballot with the kind of two-layered rotation that the Senate bill requires. And no one in the Senate Republican caucus bothered to check before passing the bill, and no one in Paul Pate's office stepped in on Thursday to say Ix-Nay on the Otation-Ray, Oby-Ray.

This morning Amendment H1238 appeared, with no sponsor listed. The amendment eliminates the minor party - oops, I mean the major Libertarian Party and minor party - layer of rotation, and instead requires only that Democrats and Republicans rotate by precinct.

The screw-up means that the bill now has to make another trip back to the Senate. Which may not be a bad thing... because maybe we can fix another problem.

As noted, the Senate added back in a provision (first proposed then dropped in the House) that would cut the in person early voting period from 40 days down to 29, and would also make auditors wait until 29 days out before sending out the mailed ballots. (Why 29? Because that's a Monday and it gives Democrats two fewer weekends to chase down those mailed ballots.)

Because of the later mail out date, Smith's Senate amendments pushed several general election filing deadlines back five to eight days. Smith bragged during debate, with a straight face, that this was one of the ways the bill expanded voting rights (can't make this shit up) because it gave candidates more time to file.

The assumption seemed to be: if ballots are going out later, auditors have more prep time, so we can move these deadlines back.

But auditors don't have more prep time at all. We have less - because we still have to have the ballots ready on the same date we did before. 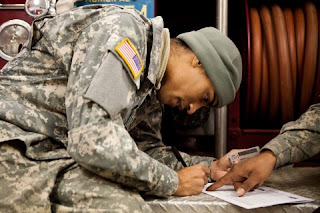 Under the federal Uniformed and Overseas Citizens Absentee Voting Act ("UOCAVA" in election speak) ballots have to be ready to mail to overseas voters 45 days before the election. The deadline is so early and so strict that states which traditionally had September primaries, like New York and Wisconsin, have had to move those election dates back so that UOCAVA ballots could be ready in time.

Several legislators, of both parties, seemed to be unaware of UOCAVA's 45 day requirement. Smith had to be coached by someone while some Democratic senators were expressing fears that their troops, Peace Corps kids and overseas students would be hurt by the 29 day law. All those people are UOCAVA-eligible.

Most overseas voters prefer to get their election materials by email (so would many domestic voters if given the choice). They still have to print it out and mail it back, with only a few exceptions. But some still want the printed paper ballot physically mailed to them, and they have that right. And to even have the file to send to the voter, the programming needs to be complete.

So under the Senate passed version of the bill, auditors will have to rush to get their ballots programmed and printed in time for the overseas voters, then sit on the ever-growing pile of requests for 11 extra days until the new law allows us to finally mail the domestic ballots.

The message doesn't seem to have gotten across the rotunda, as House majority leader Chris Hagenow sent out a constituent newsletter in which he bragged that the current 40 day early voting window would remain in place.

Since the bill has to go back to the Senate anyway to fix the rotation screw-up, and since the arguments for sending ballots out later are full of holes, this is something the House could do to make this bill stink a little less. Put the 40 days back in. Let the voters who have their minds made up, who aren't going to be swayed by anything in a debate, get their business done and get them out of the way, so the line is shorter for the people who want to vote later.
Posted by John at 3/27/2017 06:57:00 PM