I spend most of Wednesday night and Thursday morning following the Iowa House debate on House File 516, the "integrity" (sic) bill that includes voter ID requirements.

Earlier Wednesday the House had passed a gun bill that among many other things overturns city and county weapon free zones in their office buildings. So at least if an angry voter shoots me, I'll have their ID.

The dark humor isn't really a laughing matter. I was lucky not to see many angry voters this fall, but the treasurer's office workers often have to give people bad news, about late tax penalties or holds on their plates. I've even seen arrests for people trying to pass fake titles. Those conversations are volatile enough without adding weapons to the mix.

The debate was predictable: eloquent statements and pointed questions from Democrats, stilted and awkward replies from Republicans, uncomfortable vibes all around. The tension peaked late Wednesday night when Kirsten Running-Marquardt cornered bill sponsor Ken Rizer into admitting that his own driver's license had an old address and thus would be unacceptable at the polls.

The conclusion was also predictable: a Republican move for a time certain end to debate, a rapid-fire vote-o-rama through a score of Democratic amendments with no Republican defectors, and a party line final vote.  We'll repeat it all on the Senate side in a few weeks, Terry Branstad will sign it on the way out the door, and then we'll adapt.

The current bill includes a few changes from Rizer's original amendments. Most notably, Rizer's move to cut the early voting window down to 29 days was dropped. So unless it's amended again or other legislation passes, we'll still have 40 days for voting.

One floor amendment was approved, sponsored by Rizer himself. It adds a fourth "blackout" week during which no special elections may be held on either side of a general election. Current law has a three week blackout either side.

That move was needed because the bill now allows only 21 days after the election to complete the new audit requirements. A Democratic amendment to extend that to 45 days was shot down. Not to be a whiner, because I know I have a responsibility to the public here, but that's going to be a challenge. Also, pro tip to black box voting types: A machine count is more accurate than a hand count.

During debate, Rizer argued that voting with an ID was "as easy as the Hy-Vee express lane," a phrase Democrats repeatedly threw back at him. I was disappointed that Bruce Hunter's amendment to include many additional forms of ID did not include Hy-Vee Fuel Saver cards. Now THAT would be real proof you're an Iowan.

Rizer also claimed that one county flat out refuses to prosecute voter fraud cases, but when asked he refused to name the county.

A few other highlights from the debate (thanks especially to Art Staed for livetweets):

One of the most ambiguous parts of the bill:

Rep. Breckenridge"Who are we asking to implement this?(police) send signatures to DCI to determine matches,now poll workers have to do it?!"
— State Rep Art Staed (@StaedArt) March 8, 2017 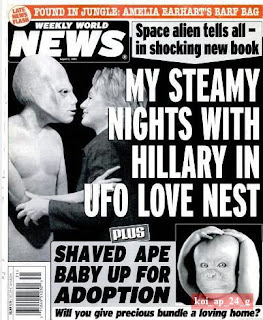 Rep. Nielsen, "About as many people say they have been abducted by space aliens as say they have committed voter fraud"
— State Rep Art Staed (@StaedArt) March 8, 2017

But are they ILLEGAL aliens?

Republican Kevin Koester grumbled about seeing the names of long-gone adult children on the voter rolls. He has clearly not seen any of my redundant posts about voter file maintenance. It's not "fraud," it's Following The Law:

Our county doesn't HAVE one extra worker per precinct to add. We're already begging and pleading and desperate and the single best thing you can do to help is contact the office and sign up.

We use this term so casually now for any kind of exemption for a pre-existing circumstance that I had to sit and stare at this sentence for a long time before I could find other words to describe it. In the Jim Crow era, you could be exempted from poll taxes if your grandfather had been eligible to vote. White grandpas were; black grandpas were 3/5 of a person.

Taylor was discussing the impending end of straight ticket voting. He's a labor guy and earlier in the week he announced for the Senate seat of retiring Wally Horn, the dean of the legislature.

Rep. Jacoby "A vote in support of this bill is a vote questioning the validity of your own election!"
— State Rep Art Staed (@StaedArt) March 9, 2017

Before the House debate, a Monday night public hearing invited public comment. Opponents heavily outnumbered supporters on the sign-up list, but the actual speakers were close to 50/50. The pro remarks were redundant, repetitive, and said the same thing over and over again repeatedly:

But the final speaker was a revelation.

Kim Hiscox, a Republican Poll worker's final testimony, was very telling. Go back and watch that if you can.
— State Rep Art Staed (@StaedArt) March 7, 2017

And we ended with the racist old biddy from West Des Moines that goes to do poll watching for the GOP in East Des Moines pic.twitter.com/BDC7kXrwhl
— Iowa Starting Line (@IAStartingLine) March 7, 2017

The video of the lady at the end - gonna need extra election attorneys at whatever poll she watches next pic.twitter.com/57REVOGiVc
— Iowa Starting Line (@IAStartingLine) March 7, 2017

.@IAStartingLine Last seen making Harry Potter write "I must not tell lies" in his own blood
— John Deeth (@johndeeth) March 7, 2017

This person is prime example of what Dems fear - weirdo, angry poll watchers or workers who will use every excuse to deny legit voters
— Iowa Starting Line (@IAStartingLine) March 7, 2017

The mindset embodied in Hiscox's statement really gets to the core of what voter ID laws are all about: they question the legitimacy of universal suffrage itself. There's an attitude that people on the margins of society - the young, the newcomers especially Those Chicago People If You Know What I Mean, the naturalized, the renters, poor, the disabled, those who don't speak the dominant language, and all other kinds of the Different - are somehow less legitimate Americans that middle aged home owners.

Even here in the People's Republic of Johnson County I've seen bumper stickers proclaiming "Only Taxpayers Should Vote." The implication is that "taxpayers" means "property tax paying homeowners." Even I don't quite count because my property taxes go through my landlord before they go to the treasurer.

You see this kind of nastiness most clearly in local elections. Iowa City's former city clerk could barely say the word "student" without obvious contempt, especially during the era of our three votes on the bar admission age. (Collected rants/#18IsAdult)

After a 2008 Johnson County bond issue passed narrowly there was much GOP discussion that college students should not be allowed to vote here. Measures requiring college students to vote absentee from their parents' address have been frequent features of at least draft Republican platforms. That's despite a 1970s Supreme Court ruling that students have the right to register and vote in their college communities, and despite my career-long experience that a student is far more likely to successfully cast a ballot here than Back Home. If the voting age of 18 wasn't locked into the Constitution, they'd go after that too.

Meanwhile other measures, that appear dead but are very telling, seek to expand voting rights for property owners. One bill would have allowed rural voters who live near cities in zoning "fringe areas" to vote in city elections. And an Iowa Republican platform plank states: "We support the right of property owners to vote on bond issues in any district where they pay property tax whether a resident of the district or not."

Most legislators are smart enough to sugarcoat their remarks in "integrity" and avoid the rigid ideological language of the platform committee. But Hiscox was blunt enough to drop the mask of civility and reveal the true, ugly underside of the rotten log.
Posted by John at 3/10/2017 12:39:00 PM

What's your interp on the 45-day window for dated proof of residence document (p.5, lines 5-6)? Apartment lease or university housing agreement originally dated Aug. 1 or earlier would fall outside window, unless interp provides for the dates covered by the agreement (i.e. 8/1/16-7/31/17). Big potential problems in Johnson/Story/Black Hawk.