Why Romney Can Speak More Freely

A lot, maybe too much, is being made of Mitt Romney's Washington Post piece attacking Donald Trump on character:


To a great degree, a presidency shapes the public character of the nation. A president should unite us and inspire us to follow “our better angels.” A president should demonstrate the essential qualities of honesty and integrity, and elevate the national discourse with comity and mutual respect. As a nation, we have been blessed with presidents who have called on the greatness of the American spirit. With the nation so divided, resentful and angry, presidential leadership in qualities of character is indispensable. And it is in this province where the incumbent’s shortfall has been most glaring.

I will support policies that I believe are in the best interest of the country and my state...


...and oppose those that are not. I do not intend to comment on every tweet or fault. But I will speak out against significant statements or actions that are divisive, racist, sexist, anti-immigrant, dishonest or destructive to democratic institutions.


There's a reason why Romney is able to go after Trump on his way (back) into office, instead of on his way out which is the only time most other Republican officials suddenly find fault. And that reason is not Romney's standing as the Republicans' presidential nominee once removed.

It's his current home state (he's so rich he has three), Utah.

Utah, and to a lesser extent the next-door Mormon part of south Idaho, was the only place where social conservatives rebelled against Donald Trump over character issues. Trump took only 45% in one of the most conservative states in the nation. Conservative independent Evan McMullin, a fellow Mormon and a Utah native, won 21% of the statewide vote.

It's possible that because Utah is SO red, with such a low ceiling for Democrats, that people felt comfortable with a protest vote. If a third of Republicans had defected to a third party in South Carolina, Louisiana, or Mississippi, Hillary Clinton could have relied on a strong black Democratic base in those states and squeaked by with 40% plurality wins. You can kind of see why Republicans stayed in line there.

But that doesn't explain Tennessee, where the Democratic base is smaller with Clinton at 35%. That's beyond reach and safe enough that more Republicans who were truly disturbed by Trump's style and behavior could have safely bolted. Yet Trump was at 61% there, with Gary Johnson just short of 3%. Alabama (Trump 62, Clinton 34) is similar, though Roy Moore has since proved that even Alabama has its limits.

It also doesn't explain the difference between Utah and a couple of other similar red states with similar racial demographics and similar mid-sized cities -  but different religious demographics. 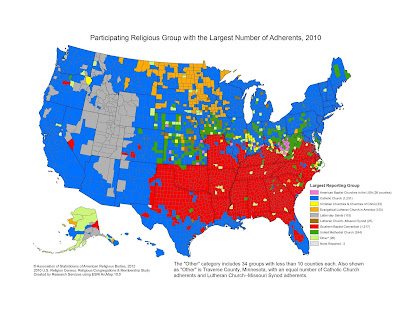 Oklahoma is the clearest example. Hillary Clinton won 29% in Oklahoma, about the same as her 27 in Utah. Yet in Oklahoma, predominantly Southern Baptist, Trump was at 65%.

Nebraska is mixed Catholic and mainline Protestant. It's a less clear example because of their congressional district elector system, but the state as a whole was uncompetitive. Hillary was only at 33, but Trump was still at 59.

The big trade-off - ignoring "grab them by the pussy" in exchange for the judges who will overturn Roe v. Wade - kept social conservative Republicans in the Republican column in most of the country. The only place you see defection at the double digit level is Utah. And that has to be more than just "McMullin is from here" or "it's safe to vote third party in Utah." I don't know exactly what, but that seems to be something uniquely and specifically Mormon.

What all this means is that a substantial part, at least a third, of the Utah Republican base is legitimately Never Trump. So unlike most Trump critics within the GOP, Mitt Romney is not vulnerable to a challenge for re-nomination, which is a bigger threat to most red state Republicans than losing to a Democrat. And that, more than any residual stature from his presidential campaign, is why he is more free to go after Trump than any other Republican with aspirations toward re-election.

That's assuming he would even want to run again in 2024 at age 77. If this Senate term is a one-and-done career valedictory and Romney is an instant lame duck 🦆 he may feel even more free to rhetorically challenge Trump. This will probably not, however, affect his actual voting record.
Posted by John at 1/02/2019 09:04:00 PM