One of the great rituals of my youth was the release of a major album by a major artist. Some of my fondest memories are the treks to the actual physical vinyl record store on release day to buy Synchronicity or Born In the USA or Purple Rain or, later, the midnight trip to the CD store for Use Your Illusion.

Such moments are rare in our fragmented era of infinite selection and the death of the monoculture. An Avengers movie opening was as close as we got, and before that a new Harry Potter book.

But yesterday something important happened. A major musician, probably the most important of our time, released an album. 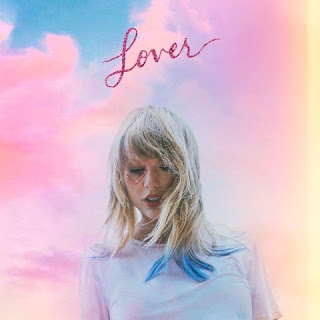 Popular music is supposed to be, well, popular. Even Joe Strummer knew that. The ideology that commercial success was UnCool literally killed Kurt Cobain. But as Cobain re-proved but never understood, popularity does not preclude great art. The most popular rock group of all time is also universally acknowledged as the creatively greatest of all time.

Which brings us to the most popular artist of our time.

Taylor Swift transcended the narrow niche of the country market segment as long ago as 2012, with her brilliant singer-songwriter album Red and her first pop number one hit "We Are Never Ever Getting Back Together." She was bigger by that point than country music itself.

Some. me among them, would argue that she outgrew niche popularity as long ago as her breakthrough 2008 album Fearless - still very country in sound but with the massive crossover success of "Love Story" and "You Belong With Me."

Which sets up part of the problem. Swift was introduced to us as a VERY young artist, with her first record at 16. She wrote of that stage of life in a style that was at once eloquent, realistic, and, well, girly. The imagery of that era, lyrically and in videos, was literally set in high school, cheerleaders and band uniforms and prom dresses and crying with your best friend over her first broken heart. "When you're fifteen and somebody tells you they love you, you're gonna believe them," she wrote as a wise old woman of (checks notes) eighteen.

And it connected. Deeply. Which is what art is supposed to do. The emotions were universal, but they connected most deeply with Swift's peers, young women.

From there her popularity exploded into tabloid celebrity, with more attention to the identity of the inspirations of her songs than to the excellence of the work itself. "If I could talk to my 19-year-old self I'd just say, 'Hey, you're going to date just like a normal twenty-something should be allowed to, but you're going to be a national lightning rod for slut-shaming,'" she said in 2016, as people forgot that Swift was first and foremost a musician - and first and foremost within that a songwriter.

Taylor Swift is not a mere pop star. She is a serious artist using pop music as a medium. That's how I have approached her work since Red and that's how Lover should be evaluated.

Bigger that a genre? Taylor Swift now is phrases-entering-the-language big, bigger than the music industry itself - able to get Apple Music to back down and offer artists more money with little more than an Instagram post, and probably able to blow up a $300 million industry deal by simply talking about re-recording her old music (which I do NOT actually expect to happen - it's a negotiating tactic). And able to get bodies into stores to buy physical copies of music which is unheard of in 2019.

So it's impossible to listen to Lover the album without taking into account Taylor Swift The Persona. You can't pretend it's some indie record that's MUCH cooler than mine. (You also can't appreciate how smart and hilarious "Blank Space" is without knowing that persona.)

But set aside the notion that art made with mass popularity in mind is a least common denominator. Taylor Swift is an important artist, my children's generation's equivalent of the great singer-songwriters of my generation and the 60s generation.

I fell in love with Swift's music because it reminds me of being young. So I revived the old ritual for a release day trip to a store.

Just 36 hours and four or so listens in, I am still getting to know Lover the album. I know I prefer it to 2017's Reputation, and I see it rivaling 1989 and my personal favorite Red in quality. The title song, issued a week ahead, is one of the greatest odes to stable and serious love I have heard in a very, very long time. And near album's end, she offers continuity between her past tales of broken hearts and her current state of mind:

“Realizing that real love shines golden like starlight... maybe I’ll write a whole album about that kind of love if I ever find it”

“I once believed that love would be burning red but it’s golden.” pic.twitter.com/trIwh84MYO
— Taylor Swift News (@TSwiftNZ) August 23, 2019

So along with enjoying the art, I feel personal happiness for an artist closer to my children's age than my own who has given so much of herself to her fans -  not just the music, but a personal touch that goes far above and beyond the call of duty. So far this cycle she has invited fans into her homes for private listening sessions, paid a fan's college tuition, sent her dad with dozens of pizzas to fans waiting in line, and showed up at a Target to greet fans checking out with CDs. That's just THIS MONTH.

While this summer's ubiquitous "You Need To Calm Down" was sometimes mocked for placing the straight cisgender Swift at the center of a pride narrative, it's inherently powerful for someone with such massive popularity to send a positive message. Far from a least common denominator, mainstreaming pride still matters in vast purple and red swaths of America. . So does the unspoken touch of casting a black man as a love interest in a video, and so do Swift's emerging political thoughts. An ally with more than 80 million followers is a good friend to have, and I hope and expect that Swift will use this powerful voice between now and next November.

Unity is rare in both our culture and our politics. So as Lover takes over the world, in this moment now, capture it, remember it. There are few moments like this anymore and this moment matters.