Al Gore’s Oscar, like the Dixie Chicks’ Grammies, gave Hollywood a chance to flip the bird at Bush. Good thing, as is the additional publicity given Gore’s global warming message. But despite the importance of the message, still I find myself unable to overcome my hostility to the messenger.

I’ve been bashing Al and Tipper Gore for over two decades now, longer and harder than any Republican now obsessed with Gore’s personal energy bill. But my reasons are very different. 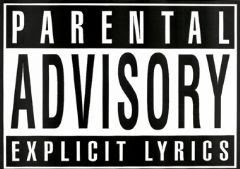 Those who know me are groaning: "oh, God, Deeth's doing the Tipper rant for the thousandth time."

Ancient history lesson for the uninitiated. In September `85 the Senate Commerce Committee held a hearing for the Parent’s Music Resource Council, better known by its initials PMRC and for its spokeswomen: Susan Baker, wife of Reagan administration official James Baker, and Tipper Gore, married to freshman Senator and Commerce Committee member Al Gore, Jr. Colorful opposing testimony was provided by Dee Snider of Twisted Sister, for some bizarre reason John Denver, and Frank Zappa, who album "Frank Zappa Meets The Mothers of Prevention was the most memorable document of the hearings.


The first voice you hear is Al Gore's.

No legislation ensued but soon thereafter records (black pizza-sized things that used to have music on them) were being “voluntarily” labeled by the music industry with black and white things I still call “Tipper stickers.”

I was 21 when the Tipper hearings happened and I was mad about it. So were a lot of people. Everybody else let it go. I couldn’t.

Is Al Gore’s message on global warming important? Absolutely. Are the war and global warming and attacks on personal freedom more important than `80s gross-out metal? Sure. But formative political experiences are powerful ones, and I can’t respond to Gore as a messenger. To me, he is always going to feel like a Christian Coalition conservative.

People indulged me in this view until the summer of 1992. After that, it became a problem, one which has caused me a great deal of self-inflicted political damage.

I actually met Gore once, late in `99. We talked about it briefly, he stuck to the story. I stuck to mine. I was literally called, to my face, a “bad Democrat” on Caucus Night 2000 for supporting Bradley over Gore. My deepest regret in my political life is that I didn’t resign my Democratic Party posts in 2000 and openly campaign for the candidate I reluctantly voted for, Ralph Nader. I was too scared, afraid that if I left that year I would never be welcomed back to my political family.

After literally years of self-examination, I realized that the reason this matters so much to me, the reason I’ve personalized it so much into a conflict between the Gores and myself, the reason I just can't drop it, is it was a deep revelation of Al Gore’s character.

The PMRC hearings were about positioning. Let’s flash back to 1985 (I've certainly been accused of that). It’s the height of the Reagan era and the Democrats were fresh off a 49-state loss. The South was in the early stages of what we now call frontloading, setting up a “Super Tuesday” of Dixiecrat states in an effort to nominate a moderate Southerner in the Sam Nunn mold.

Gore, then in his first year in the Senate wanted to BE that Southern “moderate” Taking a cheap shot at long haired rockers with potty mouths was an easy way to do it. With the Cold War escalating and Central America burning, Al Gore's priority was... Purple Rain.

Freedom Of Speech - Just Watch What You Say

In my mind, progressives are supposed to stand for freedom of expression. When you’re betrayed by someone who’s supposed to be a friend it hurts worse. Let’s not kid ourselves – the `85 hearings weren’t about “parental notice.” They were about pressuring the industry to get offending product off the shelves, about intimidating musicians. These were attacks not just on the musicians, but at the fans. Like me.

In `85 I had long hair (I had hair) and was a college DJ, and I still cringe at the memory of our program director gouging out the grooves on great albums because some of the tracks were “questionable.” The Tipper hearings were pretty damn intimidating back in the day. Metallica's "Master Of Puppets" was tossed unheard because obviously they were one of those bands. There was open talk at the hearings of “clean up your act or we’ll ban this stuff.” The industry quickly caved because the pressure got in the way of more important matters, like the blank tape tax they so wanted (1985’s equivalent of the DRM issue).

I get lots of privilege being a straight white middle-aged English-speaking male. I’m not used to being a scapegoat. The Tipper hearings were the one and only time I felt like I was the political target. It was a small taste, compared to say the immigrant bashing of today. But it still hurt to be vilified and used in that way. I took it personally.

Again and again since 1992 I’ve heard “that was Tipper, not him.” But the circus of that hearing happened largely at the behest of Senator Gore, not Mrs. Gore. Al Gore was willing to make alliances with the Reaganites, capable of compromising freedom of speech and expression, and happy to attack a group that was young, dispossessed, and not very likely to vote. All in order to score political points with cultural conservatives. That said a lot about who he was inside.

Is he still that person? The one-time southern conservative Gore is now a liberal darling. Is that a sign of change on Gore’s apart, or an indicator of how far rightward the American polity has moved? He’s aged, I’ve aged. The once hypothetical question about parental oversight of teen musical tastes has become an actual question for me as a dad. (My response: we listen together and talk about music without Tipper’s help. She’s even tipped me off to some good stuff. )

But what hasn’t changed: cheap shots at youth are still live political ammunition. Today the scapegoats are usually video gamers – one of the reasons I’m reluctant about Hillary Clinton. The political math remains the same: teenage metalheads don’t vote.

Presumably Gore made his amends with the entertainment industry in private before his 2000 run. But he has yet to do so in public. He’s said the hearings were a bad tactic, but he’s never distanced himself from the substance. Indeed, in one of his last major appearances as an active politician, the final 2000 debate, he praised Tipper’s PMRC work:

We do have a serious problem in our culture. Tipper and I have worked on the problem of violence in entertainment aimed at children. She's worked on it longer than I have. But I feel very strongly about that. And if I'm elected president, I will do something about that.

And the VP nomination of de facto Republican Joe Lieberman, another notorious entertainment basher, didn’t allay my concerns either.

I still think I did the right thing with that Nader vote, even though it made me some enemies. Yes, even knowing how things turned out…

Al, you got screwed in 2000. Even I have to admit things would probably have been a lit different. You’ve done great stuff with the global warming thing. Maybe you’ll get in the race.

But I hope you don’t. I don’t want to go through that kind of personal-political trauma again. But if you do, even though it’s “ancient history,” my standard remains. I may be the only one who still cares. But before I consider you, before we can make peace, you’ve gotta eat shit for the Tipper stickers.
Posted by John at 2/27/2007 01:43:00 PM