Factoid Of The Day

Factoid Of The Day

"This year Senate Republicans are threatening filibusters to block more legislation than ever before. Nearly 1 in 6 roll-call votes in the Senate this year have been cloture votes. If this pace of blocking legislation continues, this 110th Congress will be on track to roughly triple the previous record number of cloture votes — 58 each in the two Congresses from 1999-2002, according to the Senate Historical Office."


Finished The Book at 4:00 Saturday afternoon and got all sleep schedule shifted for the rest of the weekend. Now I just need to find someone else who's finished, and watch out for mall cops.

Also over the course of the weekend, my Rudy Giuliani story went all viral and stuff and wound up on the front page of Digg among lots of other cool places. I just got lucky -- somebody said the wrong thing at the right time and I was there. Might have been a bigger deal yet if Mitt hadn't done something even stupider. 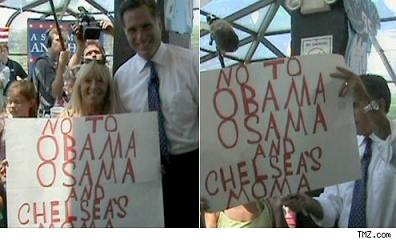 The writer's block should be gone by tonight in time for some debate live blogging. Tune in at Iowa Indy and bring your best insight and/or snark.
Posted by John at 7/23/2007 07:04:00 AM