Whatever Happened to the Local Option Sales Tax? 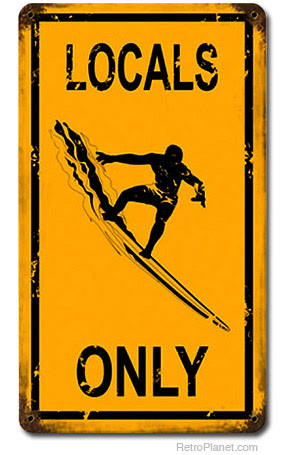 The cities, county and school board are meeting tomorrow late afternoon in Coralville for what I used to call the "Mega Meeting," or the "Please Don't Let A Meteor Hit The Building Or It'll Be The Biggest Special Election Ever" meeting.

(Apologies to my recently increasing share of statewide/national readers. I'll get back to caucuses soon enough, but this is a Locals Only post.)

The Johnson County Board of Supervisors, the city councils of Iowa City, Coralville, North Liberty, Tiffin and Hills (where's the Heights?), and the Iowa City and Clear Creek Amana School District Boards will get together and try to get stuff done.

The agenda is dominated by the Iowa City school board, and the headlines have been lately as well.  Iowa City is redrawing its attendance lines yet again, with tales of school closings in the air.

That's always a tough fight. A wise man once told me, "the only person who can get away with changing school lines is a retiring superintendent." (That wisdom is from my father in law Bob Steele, a retired superintendent and one of the key architects of the Clear Creek - Amana merger a couple decades ago.)

The school fights will be settled, or at least the battle lines drawn, in the school board election September 8. Buzz is that all four seats on the ballot will be open. Jeff McGuinness formally announced his departure last week, and Sally Hoelscher didn't even last the full term (her appointed replacement, Orville Townsend, made it clear at appointment time he was not running).

So there's a good shot that the ICCSD breaks the turnout record of 8733 we set in 2013. That was a Great Leap Forward from the old record of 5814 set way back in 1995 - and the `95 vote also had a bond issue on the ballot (the one that built Weber Elementary).

But also interesting: That September 8 vote looks like our next election. If that holds, it'll be Johnson County's longest stretch without any vote at all since, it looks like to me, 1986-87. (There may have been some very small town cable franchise vote or something, bit nothing that I found worth noting when I researched the old elections at work several years ago.)

The longest gap between scheduled election on Iowa's current calendar is 10 months between even year general elections and off year school elections - November to September.

We've had a couple other stretches in my professional career without much electoral activity over those 10 months. In 2010-11 we had only a January University Heights special election, a very big deal but only in one precinct, and in 2000-01 we only saw a North Liberty mayor vote (way back then, that too was only one precinct, not the SIX they have now.)

But both those years, our auditor's office had another big project: reprecincting.

The last gap that feels comparable was in 2004-05, when we went from the presidential to the school board with just a Coralville library bond in March. That was one of the very few that's broken my 20 percent rule: 20 percent of voters are going to be automatic no votes on any spending measure, so you have to get 75% of the 80% that's persuadable in order to win.  (That's not the record, though, Coralville scores 95% in a 2002 pool vote. Always schedule your pool vote in the middle of summer.)

But this year, not even that. City council vacancies in Tiffin and Solon got filled by appointment with no petitions for special elections, so it looks like we may go the full ten months with no vote at all.

I had expected to be in full satellite voting mode by now.  After the relatively narrow 53.8% No to 46.2% Yes defeat of the local option sales tax in November, I was absolutely certain that Iowa City would come back for a do-over on May 5.  I had gone as far as crunching the numbers and estimating turnout (one of my JOB jobs that just happens to translate well for my hobby here.)

A quick primer: under Iowa law, cities that make up more than half the county population have the power to call the sales tax election. In Johnson County, this means Iowa City alone decides.

The issue was discussed at some length at the last Mega Meeting on January 26. As you may recall, the tone of the meeting was the county and outlying cities telling Iowa City, more or less, we need to be in the loop here. Note also from the returns that high-growth Coralville, North Liberty and Tiffin voted roughly two to one No last fall, while Iowa City alone voted narrowly Yes and UHeights voted strongly Yes. But passage or failure is determined by the combined votes of those five "contiguous cities." The smaller towns and the rural county vote alone, and five of the small towns passed it.

The next available date for a sales tax vote is August 4.  But given the lack of even any discussion at this point, it seems very unlikely. It's even LESS likely that the council majority will put it on the same November 3 ballot that includes their own seats, as a ballot issue may encourage The Rabble to vote. (Through the grapevine I heard concerns that "the students beat the sales tax," but the numbers show that it was really the outlying cities that did.)

That pushes the next available date all the way back to March 1, 2016, just as the primary for legislative and county seats is warming up.  Flag this story as "developing" - but developing very, very slowly.
Posted by John at 4/19/2015 09:46:00 AM