What Happened In Vegas

I've often said I just wish the NRA would admit what we all know: they believe mass shootings are simply the price we pay for "freedom." 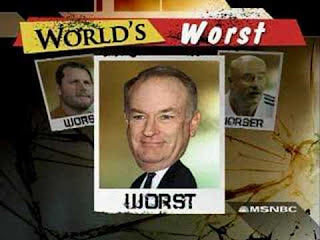 Today someone finally did. Bill O'Reilly.

"Once again, the big downside of American freedom is on gruesome display.  A psychotic gunman in Las Vegas has committed the worst mass murder in U. S. history. ...

This is the price of freedom.  Violent nuts are allowed to roam free until they do damage, no matter how threatening they are.

The Second Amendment is clear that Americans have a right to arm themselves for protection.  Even the loons."


And this is why nothing will happen. A sizable minority of Americans actually define of "freedom" in terms of holding a weapon and that that these shootings, while sad and tragic, literally are the cost of freedom. And unlike gun control advocates, who are scattered across the political spectrum, the gun cult is willing to vote solely on this issue.

(This is the White Working Class that we're trying to Win Back with a rhetoric of Socialist Revolution.)

It's depressing and discouraging, but I appreciate Billo's directness and honesty Now I have a quite I can point to next time it happens. And there will be a next time.
Posted by John at 10/02/2017 06:51:00 PM