House 55 a failure of strategy as much as law

The battle for House District 55 is now de facto over, with the courts kicking the question of 29 ballots that were barcoded rather than stamp-canceling postmarked back to the Republican-controlled Iowa House, which will undoubtedly refuse to open the ballots and will rule incumbent Mike Bergan a nine vote winner over Democrat Kayla Koether.

Leave aside the court's failure to define what legally constitutes an "intelligent barcode" or a "postmark." That issue is moot anyway. The Legislature will almost certainly eliminate the postmark issue by saying ballots must arrive before the polls close - which will be clear, but which will count fewer votes.

If so, they should make up for that lost time on the front end and allow auditors to mail domestic ballots 45 days out, which is what overseas and military voters get, or even the 40 days we had till this year. More time means more problems solved. But that's a different issue.

The issue I am concerned about is tactical, not legal.

Yes, I want to #CountEveryVote. But this needs to be said: Relying on vote by mail cost Koether and the Iowa Democratic Party the election.

For at least the last ten cycles IDP has bullied voters toward mailed ballots, no matter what. You're a Bad Democrat if you don't fill out your ABR - even if you would be better served by a satellite site or a courthouse vote, even if you want to join the opening day March To The Polls, even if you are 100% reliable on Election Day - even if you work in an auditor's office! 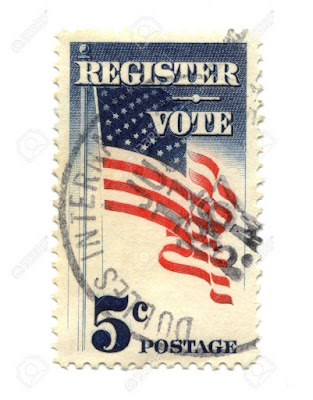 I am never going to fill out an ABR. Don't even ask.  I have a convenient polling place three feet in front of my desk. Granted, most voters don't work in a courthouse, but even leaving that aside, I would never trust something as critical as a ballot to the Postal Service. They don't have the resources to do the quality of work they did 20 years ago. I have one bill without online payment available, and I don't even like sending that $25 to Von Maur in the mail.

(Why can't we vote online? Or, if you insist on voting by mail, why can't we do the whole request process online without requiring an original paper copy as follow-up?)

Vote by mail has its place and its uses but it is far less reliable than other methods of voting. But IDP pushes a one-size-fits-all program that emphasizes mail over all other voting methods.

1000 people at satellite sites or the auditor's office is 1000 votes, or maybe 995 because mistakes still happen. But 1000 ABRs is 900 votes and 100 problems - ballots lost in the mail or thrown away. People not understanding.  People filling forms out just to make the volunteer go away, either never intending to vote at all or intending all along to go to the polls, where they may now have to do a provisional ballot because of that ABR.

Voters are not even informed that satellite voting and the auditor's office are options - because staffers want to make their vote by mail quota. If you push a voter to the office or a satellite, that doesn't count toward your quota. And don't pretend there isn't a quota. In the 2004 cycle I heard stories of staffers having their friends fill out duplicate, triplicate, quadruplicate ABRs to boost their numbers. (They still only got one ballot, but the unit of measure was requests.)

I attended trainings last summer to help teach doorknockers. They were TOLD, first thing, they HAD to fill out an ABR. When I brought up satellites and office votes I was barely acknowledged. Volunteers were also told they could not leave a blank request form with a voter. At that point I undercut the staffer and corrected that misinformation.

Well, congrats. Those 29 ABRs in Winneshiek County counted toward some staffer's quota. But they didn't count when it mattered. How many of these 29 (non) voters were right in town in Decorah and could have been asked to make a quick stop at the courthouse? How many could have been steered to the satellite site at the Luther student union? How many of these (non) voters were in populations actually best served with a mailed ballot - rural, mobility challenged, or out of town? These are not hypothetical questions; I'd like numbers.

It's way past time for the state party to back off on shoving vote by mail down everyone's throats, adapt plans to local needs and local political culture, and fully inform voters of all voting options.
Posted by John at 12/22/2018 04:20:00 AM