District of the Day: Senate District 15, House District 29 and 30

District of the Day: Senate District 15, House District 29 and 30 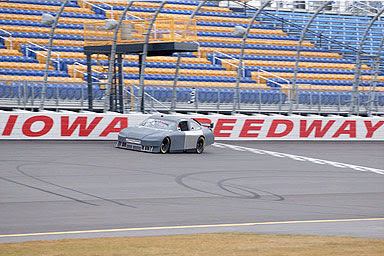 Dennis Black's turf has consistently shifted west over his three decades in office. He was first elected to the House in 1982 from a district in Poweshiek and western Iowa counties. Black moved from the House to the Senate in 1994 from a Poweshiek and Jasper district. Then in the 2000s his seat, now clearly Newton-based, moved out of Poweshiek entirely and went west to Altoona and eastern Polk. This decade's change is less dramatic. We'll let the senator do it himself:


As for (old) Senate District 21, which I now represent, it would be changed by eliminating Lynn Grove, Elk Creek and Palo Alto townships from the new District 15, and adding three rural townships north and west of Mitchellville, all in Polk County. Folks living south of the Newton city limits in Palo Alto would see a new Senate District 14 that would combine with five other counties, and stretch all the way to the Missouri border. By the way the crow flies, that district would be 125 miles long.

I live in Richland Township, north of Lynnville. Thus, I would continue to represent Newton, Baxter, Prairie City, Colfax, Lambs Grove and the eastern one-third of Polk County.

Black will hold over till 2014 under these lines. The small shifts barely change the party balance. Black, 71, beat Republican Joe Pirillo by 1200 votes in 2010. In 2002, he's beaten Pirillo in a Democratic primary.

Kelley stepped into the 2010 race late when incumbent Paul Bell died. Bell won his last term with 61%. Kelley beat the same opponent, who was in the race before Bell's death, by a much closer 274 votes. Kelley has cut a progressive path in the House in his first session.

Kelley's district stays pretty much the same geographically. Instead of the southeast corner of Jasper, he'll have the southwest corner. He keeps Newton and everything north to the county line. The changes gain him 1000 Democratic voters. That and a term under his belt should help in 2012. 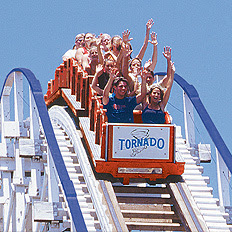 Kim Pearson won a big upset last year, knocking off seven-term Six Pack conservaDem Geri Huser (much to the embarrassment of conservative interest groups who endorsed Huser as their token Democrat). Progressive Democrats didn't shed many tears over Huser... at least not until Pearson took office. Republicans aren't happy, either. Pearson has been a conservative first and a Republican second, telling a Tea Party rally crowd:


"The elite are working both sides of the aisle. They tried to keep us from infiltrating their little system. That’s because neither of the political parties understand the power of the tea party. The 2010 election wasn’t an embrace of the Republican brand. We expect to get our country back and stay back. If they don’t understand that, Republicans deserve to get kicked out to the curb.”

Most prominently, Pearson was the purest of the pure on abortion, refusing to vote for bills restricting choice because they were not total abortion bans.

The difference between a protest vote for a relative unknown in 2010 and a vote to re-elect a controversial known quantity in 2012 will matter more than the lines. The district pulls all the way into Polk County, losing its piece of Jasper. (This is one of the two Senate districts that's split between congressional districts, because 50 senate districts divided by 4 congressional districts is 12 1/2. Kelley's Jasper-based district is in the 2nd CD and Pearson's is in the 3rd.) It gains some townships north of Bondurant and over to Elkhart and, to the south, picks up the Polk County part of Carlisle.

The changes help Pearson's chances in a seat she won with just 48.5% in a three-way race. She gets rid of more than 1100 Democrats, turning a Democratic leaning district into a swing seat. Even so, Pearson has been controversial enough and presidential year turnout may be high enough to cause her problems despite the line changes.

So we end Week Three all the way into Polk County, where we'll be spending all of next week.