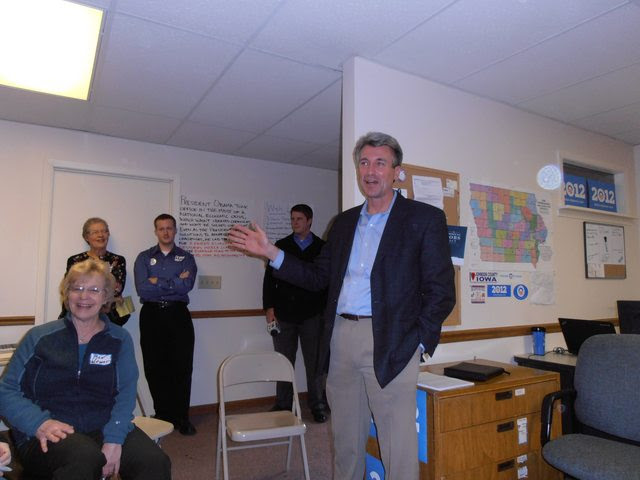 "The only person who's decided Mitt Romney is the nominee is Mitt Romney," Minneapolis mayor R.T. Rybak told a room of 50-odd Democrats in Iowa City today.

"I'm more than comfortable drawing the contrast with any of these folks," Rybak, who is also vice chair of the Democratic National Committee, said, without naming other Republicans. "The president has a great record."

Rybak said the focus on Romney on today's Iowa visit was due to Romney's first television ad, which implied that Obama was expressing his own views when he was in fact paraphrasing John McCain. The spot earned a "Pants On Fire" ranking from Politifacts "Truth-O-Meter."

Rybak did get in a couble zingers at fellow Minnesotans Michele Bachman and the late unlamented Tim Pawlenty at another point in the informal talk at the Democratic headquarters. His mission was to fire up the local troops in advance of the caucuses, which for Democrats this year are less of a contest and more of an organizing tool.

"It was Iowa where we had a really honest conversation about a different way to do this," said the early Obama backer of the 2008 caucus cycle. "And Iowa said yes. And that's what we've got to do again."

The event was billed as a student-oriented conversation and Rybak pitched the Obama administration's signature policy to the younger crowd members. "There will be 12 million students who will walk out of college and stay on their parent's insurance because President Obama stuck his neck out on health care."

"He wanted to go further (on the economic stimulus) but he wanted to hold this country together," Rybak said of criticism from the left that Obama had not been strong enough in negotiations with Republicans. "It would have been smarter politics to play to the base. But even before he was president, he had to be the grownup in the room."

It will be tough, running in this economy," said Rybak, "but the people of Iowa believe in common sense and in the future." 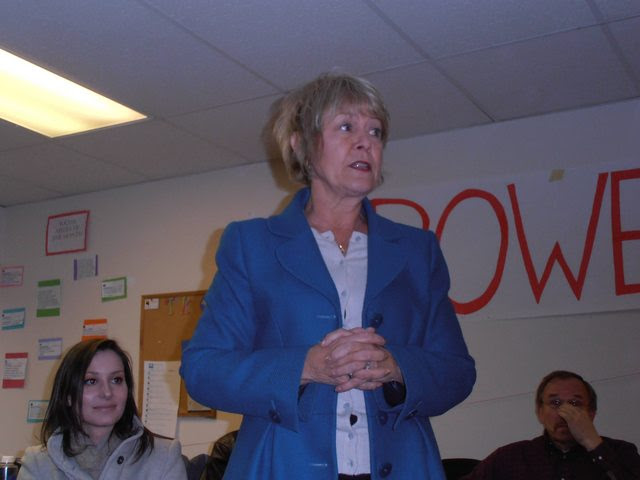 Congressional candidate Christie Vilsack, challenging Steve King in the 4th CD, was also on hand prior to other Johnson County events this evening. 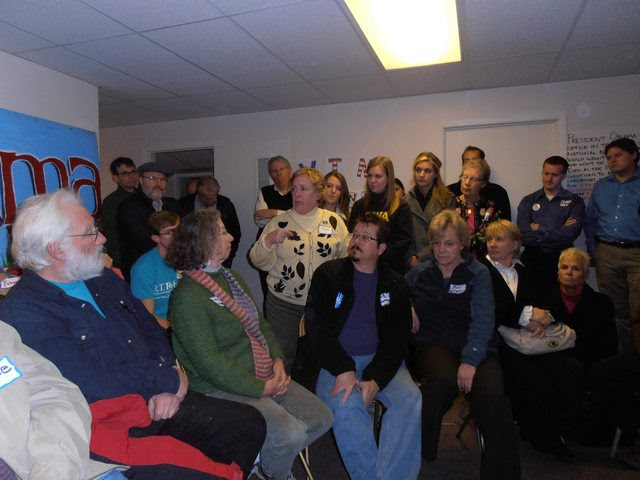 Iowa Democratic Party chair Sue Dvorsky emphasized the importance of a strong statewide effort, even though the only statewide office on the ballot is the presidency. "We will make the congressional races, expanding the Senate majority, and taking back the House statewide races," she said. "Nothing, nothing, nothing is more important than expanding the Senate majority." That's right, three nothings, I counted.
Posted by John at 11/22/2011 04:56:00 PM

I'm sure no one at the JC Dem HQ had any guts to question Christie Vilsack about her husband's hair brained Christmas tree tax idea.

Oh, and Christie...the 4th District doesn't include Johnson County, so seems like a waste of time for you to be here in the first place.