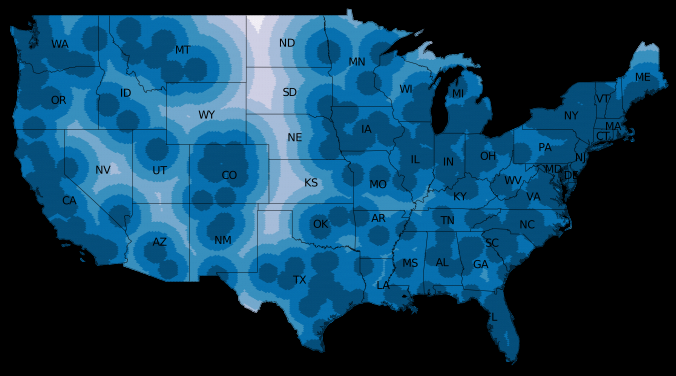 Maps: The gradual erosion of choice not solely by legislation but via lack of access is an issue dating back at least to my youth in western Wisconsin when "she had to go to Madison" was a well-known euphemism. The issue has gotten a little publicity - Rachel Maddow recently did a feature on the sole clinics in North Dakota and Mississippi - but I've never seen it it in map format like this. Here's the original, as an interactive.

Legends: Since when was Kentucky a Confederate state? That's what I'd call a reconstruction of the fables.

A legend in his own mind: hey, who ordered yet another Steve Rathje campaign? It's like that old New Hampshire primary joke first attributed to Mo Udall. He introduces himself to some old farmers or barber shop customers and says "I'm running for president" only to be told: "I know, We were just laughing about that this morning."

Maps again: a map to 270 Republican electoral votes is very difficult if we get a swing state Texas.